Last month two of our apprentices packed their bags and hot-footed it down to the other end of the country to attend Drupal Camp Brighton, here they tell us a little more about why, what they learnt and what makes a good cake!

Drupal Camp Brighton 2016 was our second Drupal Camp, and we found it extremely interesting and useful. We met with people from all different areas of the Drupal Community ranging from freelancers to business CEOs. All of us gathered to share experiences and knowledge with each other, both drupal and non-drupal related.

Why Brighton? This is a very good question, why go to Brighton when you are literally at the other end of the country?

The simple answer is the Open Drupal Apprenticeship Scheme we are on has a majority of its apprentices based in the south of England, and we were asked if we would attend the event to meet with the other apprentices, share our experiences and also get to know each other on a more personal level than just usernames in a chat room.

It was really interesting to hear about what kind of tasks the other apprentices were getting up to in their placements and also to meet people that are in the same position in their careers. The meetup allowed us to have conversations about personal goals and a few of the apprentices decided they wanted to collaborate together.

The event was kicked off with a talk about Sociocracy and Healthy Power by Nathaniel Whitestone (http://www.sociocracy.info/nathaniel-whitestone/). In a nutshell he was talking about hierarchy management in business and how unhealthy this can be on an individual and company wide basis.

Sociocracy and Healthy Power are terms that are used to describe a circular power structure within a company. Typically there is a pyramid management scheme with the big boss at the top passing instruction down the pyramid to the people at the bottom, which can lead to problems and feelings of intimidation for the people being given the tasks. Obviously there is a place for this kind of system because someone needs to be there to call the shots, but in a creative industry it can have some really unfortunate effects and completely clashes with the idea of Agile development, which is becoming increasingly prevalent.

A circular pattern is a more healthy system because everyone on all levels gets to have their say, they have more of an identity within the company and can influence important decisions that can really affect them as an employee rather than having someone make decisions for them. It's a modern approach to managing a company that really makes sense.

It was great to hear someone else talking about Holacracy because it really validates what we've been transitioning to in Upbeat and turns it from a concept to an actual real system.

Crispin’s talk was all about Object Oriented User Experience (OOUX) which was a really interesting view on UX in general. He started off by clarifying the difference between design, UI and UX and the common misconceptions before introducing the idea of OOUX.

UX isn’t the way a feature looks or the way it is designed, it’s about how it is used and the feeling the user gets while using it. A system that is nice to use and entices the user to come back is an example of good UX. This term is quite new in the industry and is starting to be recognised more and more, since it bridges the gap between design and usability. Previously people would categorise it under design but this is inaccurate since it’s a completely different area of study.

After clarifying a few things he went on to talk about OOUX which is a different way of scoping features across a project. Rather than templating and designing the website as a whole, you scope each feature that will be included and consider how they all work together in the overall machine. This is a more dynamic way of creating a user experience because it helps to eliminate confirmation bias that can be created by formatting, layout, and hierarchy. Design shouldn’t dictate functionality! 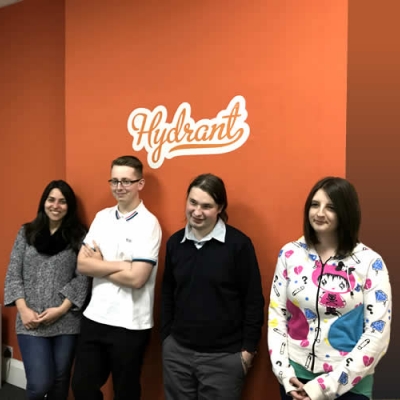